We were very happy to welcome Anne Ghisla, Berlin, and Andreas Neumann, Uster, to our CartoTalk series. On the occassion of the Vienna Code Sprint 2014, Anne and Andreas gave a joined presentation on

[Talk 1] OSGeo and OpenSource in general – Why using it? How to contribute? by Anne Ghisla. Anne is a natural scientist who got interested in GIS and open source programming during university. She started with GRASS GIS and QGIS, first met the OSGeo community by helping on documentation. Then she started programming in 2008 thanks to Google Summer of Code, and became mentor and administrator for OSGeo in following years. She is interested in spreading the word about open source and GIS among students and researchers, and her main objective is to connect people and communities of different software projects.

[Talk 2] The QGIS project – current and future developments with an emphasis on the cartographic possibilities of QGIS by Andreas Neumann. Andreas is a GIS coordinator at the City of Uster, Zurich, Switzerland. The city administration, like many other governmental agencies in Switzerland, is increasingly using OpenSource GIS projects (like QGIS, Postgis, GRASS, GDAL/OGR) to realize the geodata infrastructure, analysis and GIS application modules. Andreas is the current president of the Swiss QGIS user group. He studied Geography, with an emphasis on Cartography and GIS at the Universities of Vienna, Zurich, ETH Zurich and Santa Barbara/California. In 2010 Andreas finished his PhD at ETH Zurich. Between 2004 and 2007 he was also a member of the W3C SVG working group and an organizer of a web graphic conference series called SVG Open (now: Graphical Web conference). 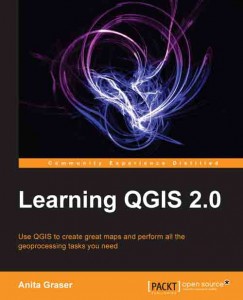 Also on board was Anita Graser – a local QGIS activist working at the Austrian Institute of Technology, Vienna. Please check out her blog. We also recommend her book “Learning QGIS 2.0”.

This post was fetched from geo.tuwien.ac.at. Please find the original here.