We are happy to announce a CartoTalk by Pepijn Viaene from Ghent University, on Thursday 16 March 2017.

In recent years, there has been a growing interest in indoor navigation tools and applications. As such, various approaches to indoor navigation have been developed by research institutions (e.g. SoleWay, Nadine-navigation) and commercial companies (e.g. Eyedog, Insoft, IndoorAtlas, SPREO Indoor Navigation, Meridian). Although, these approaches often highlight the importance of landmarks, they rarely incorporate landmark-based path-finding algorithms. A major difficulty remains the identification of landmarks in indoor environments. Moreover, commonly used spatial models are not fully capable of handling basic characteristics of landmark-based wayfinding. During this talk, a theoretical approach to identify landmarks through eye tracking measures and a way to implement these landmarks in a path-finding algorithm are presented. 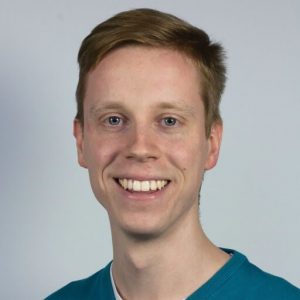 Since 2013, Pepijn Viaene is a researcher at the Department of Geography, Ghent University. His PhD research is entitled “Indoor landmarks: the study and implementation of navigational aids” and deals with wayfinding and navigation in buildings. This research specifically focuses on the identification of landmarks and the use of landmarks in path algorithms and smartphone applications. Before starting his PhD, he studied Geomatics and Land Surveying.